THE CURMUDGEON’S VALUES
AND PHILOSOPHY

THE CURMUDGEON’S VALUES AND PHILOSOPHY

adaptability in any scenario

A TEAM BUILT ON DIVERSITY AND FEMALE LEADERSHIP

fly in the face of “no way” 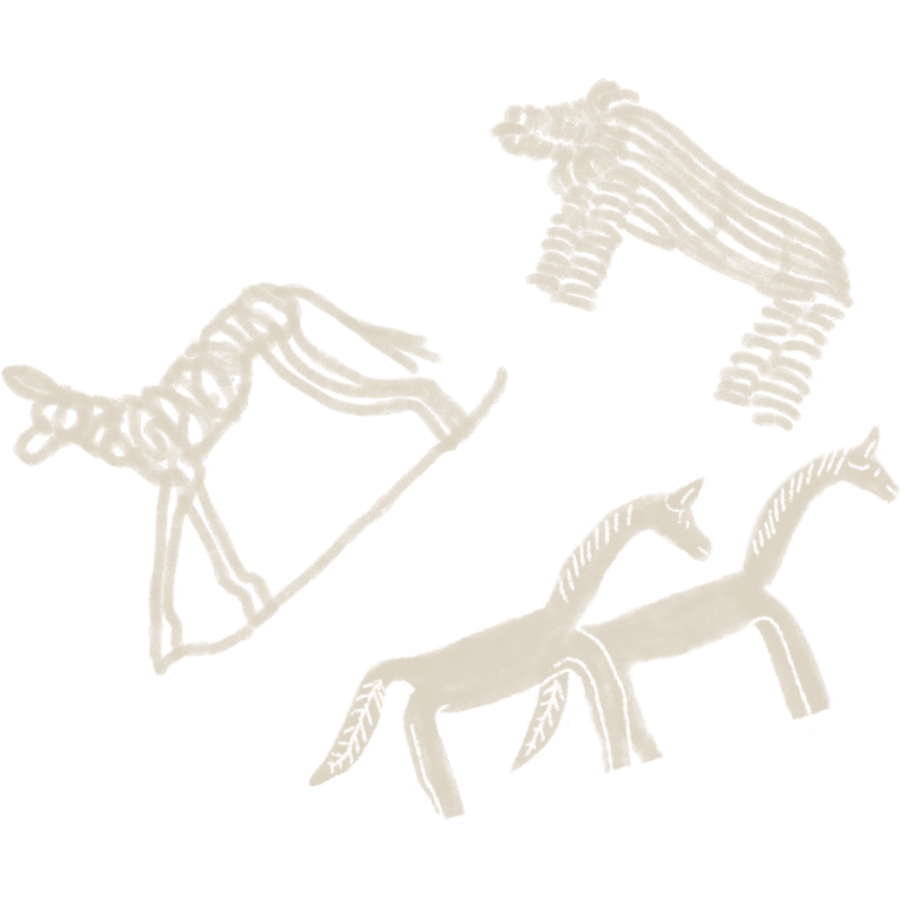 As a child, Josie’s parents gave her a window to the world. She relished the trinkets they would bring home from far-off countries. Their global experiences inspired her own globetrotting, as early as Kenya at fourteen years old, always with the perspective of “what do I have to lose.” Her creative work, from public art and film production, to experiential advertising and live performance, is forever influenced by her extended stays in Ireland, the UK, Argentina, Peru, Italy, Spain, France, Sweden, and Ethiopia. By embedding herself in local communities, people from around the world leave a cultural imprint on her identity which is infused into her next creative endeavor, wherever – and whatever – that may be. 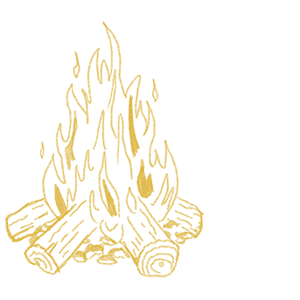 Josie’s mom has been on the board of directors for The Wilderness Society for over two decades. Starting when Josie was thirteen-ish, the family tagged along for the board’s annual meetings. Hosted somewhere wild and beautiful, business was interspersed with long days of hiking alongside passionate leaders from the field. On the final night, members gathered to share stories about what wilderness meant to them. These stories, along with hearing her mom speak, were incredibly formative moments as a daughter and human. It shaped Josie’s commitment to furthering her parents’ leadership in conservation and sustainability. Josie now serves on the National Council of World Wildlife Fund and remains involved with TWS. Her ultimate joy and artistic fulfillment comes from an ability to merge passion, purpose, and preservation. 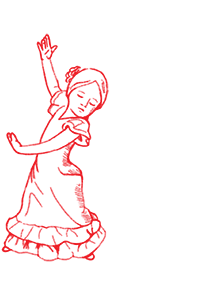 The summer after her freshman year of college, Josie lived abroad in Italy. Some may be shocked – even chagrined – that the focus of her travels was not music, theatre, or art. (Even Josie can’t explain it). Okay, art starvation is hyperbolic, but her culture fasting made Josie realize how much the art world fueled her energy. As soon as she returned home, she declared a major in music. To this day, she continues to have an insatiable appetite for art, music, performance, theatre, film, and creative production of all kinds. Her creative agency fulfills her artistic passion while exposing art to others in fun and surprising ways. 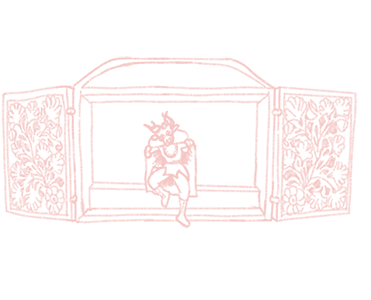 In graduate school, Josie trained with El Grupo Teatro Yuyachkani, the oldest and one of the most renowned theatre troupes in Peru. She immersed herself in mask work, voice work, acting and performance. She was transformed by indigenous Quechuan performances as well as familiar acts like Sophocles. By experiencing the tragic play Antigone in this foreign yet familiar place, she delved deeper into the power of interpretation. Watching older artists interpret work in their own language, culture, bodies, and voices created a shift in Josie’s creative approach. It sparked a desire to produce work that leaves room for others to interpret art and daily life through their own mind, body, and spirit. 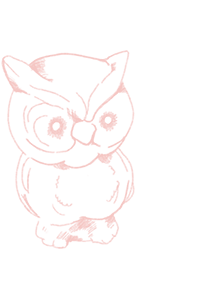 Josie has devoured books from a very young age. From James Michener’s historical fiction to poetry by Maya Angelou, she continues to geek out over the written word. In high school, she got her kicks as the editor of the school’s literary journal. In college, she nearly majored in Spanish. Learning new languages continues to be a favorite pastime. Oh ya, she is also a self-proclaimed math fangirl. This love of learning comes from an innate curiosity. Josie surrounds herself with curious folks because they help her grow as a business owner, producer, and creative director.

FLY IN THE FACE OF “NO WAY” 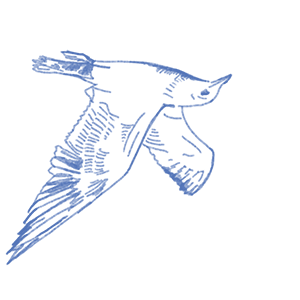 Josie does not give a flying duck about the impossible. In facing the biggest challenges, she’s hatched her grandest schemes. Like the time she migrated to Chicago from Argentina without knowing a single soul. While commuting on a train each day to and from her interim subterranean pad, she observed the city and fellow commuters. Constantly inspired by her habitat, she envisioned a way to connect the community to each other and her to the community … two birds, one stone. With stubborn persistence, on a wing and a prayer, she successfully pulled off Wake Up! Waltz, a complex public art project bringing together choreographers, dancers, real estate developers, designers, aldermen, and neighborhood businesses. Within just eight months of relocating to the Windy City, she and her newfound friends produced thirty-two rooftop performances along the El train lines in just one month. When you believe in your vision, the sky’s the limit. 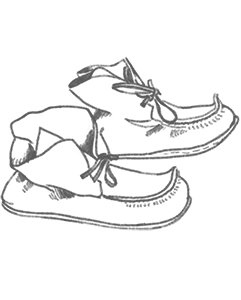 Josie experienced the adrenaline of adventure at ten years old with her family in Switzerland. While hiking up the Matterhorn, she watched her parents scramble up some precarious rocks, making her heart jump. Followed by another adrenaline rush just days later when her family almost missed the last train back down a mountain after a long day’s hike—running Home-Alone-style to catch it before leaving the station. However, nothing made her heart leap as much as the amazing soft serve ice cream. Since then, Josie seeks out adventure (and delicious soft serve) in every new endeavor.

ADAPTABILITY IN ANY SCENARIO

Josie has thrived in a broad range of settings. She hails from the East Coast, born in Annapolis, MD, bouncing around to New Jersey, Montana, Colorado, Seattle, NYC, and Argentina before landing in Chicago. She spent Thanksgivings at her grandmother’s cattle ranch in Mississippi, unsuccessfully hunting deer and turkey at 3 am with her pops and sister. She stayed with family in Alaska in a remote cabin that her mom helped build as a kid. After fishing off Prince William Sound, they’d fill the freezer with enough halibut to last a year and cook outside under the elements, next to the bears. Josie welcomes any challenge, except eating anymore halibut.

A TEAM BUILT ON DIVERSITY and FEMALE LEADERSHIP 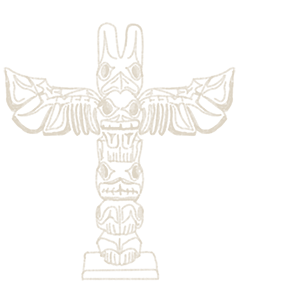 At a young age, Josie’s mom shaped her perspective on strong, compassionate female leadership. In the years since launching her creative agency, Josie found strength and support from fellow female business owners and leaders. The experience amplified the power of mutual respect and camaraderie in business, rather than competition. She is now paying it forward by hiring and supporting other minority and female entrepreneurs. You can often find Josie at local incubators, like 1871, mentoring startup founders. She is quick to share her own entrepreneurial experiences and struggles in an effort to help others grow and flourish.