For the average internet-surfer who is overwhelmed by the constant barrage of pop-ups, ad blockers are a glorious invention. But for advertisers who strive to reach their target market through the screen, the increase of ad blocking poses a major threat. What are advertisers to do when people ignore banners at the top of webpages and click “Skip Ad” without a second thought?

When considering the current ad-resistant culture, it’s clear why influencer marketing has risen in popularity. On a practical level, influencer content more often slips through the rigorous sieve of ad blockers, reaching target audiences via a less expected – and less regulated – avenue. Just over 70% of internet users find themselves more inclined to make a purchase after encountering a recommendation on social media. Also, social media influencers are generally regarded as more trustworthy when it comes to approving the quality of a product.

Are social media influencers here to stay? Or might consumers begin to reject influencer marketing as it becomes more and more prevalent? Could too much of a good thing lead to the end of its effectiveness?

A brilliantly crafted piece of influencer marketing content may seem entirely natural, but that comes with the risk of violating FTC regulations.  According to the FTC, social media influencers are required to clearly indicate posts that are part of a paid influencer marketing deal. Ideally, this disclosure is made at the top of a caption, where it’s hard to miss. Instagram recently created space for brand names to be listed under the influencer’s handle.  In just one example, influencer Natalie Barbu uses this Instagram feature to cite her sponsor, Lumix, in her post about the Lumix G100 camera

But influencers are often reluctant to showcase which posts they’ve been paid to promote. After all, a big and bold disclosure may tarnish the aesthetic of the post. Similarly, some brands attempt to keep their paid partnerships undetected. A study by Takumi reveals that 62% of influencers have “been pressured by brands to contravene the guidelines at least once.”

The study also reports that 67% of consumers would unfollow an influencer who has failed to label sponsored posts as paid ads. Followers are also quick to notice when an influencer’s feed becomes saturated with advertising content. Understandably, the more sponsored posts appear on a feed, the less likely followers are to engage with content. Therefore, influencers must navigate the tricky waters of ad revenue and celebrity, finding the perfect balance of everyday content to sponsored posts.

Influencers must also balance their own messaging interests with those of brand and creative agency partners. Influencer marketing agreements may prohibit an influencer from promoting products of competing brands. 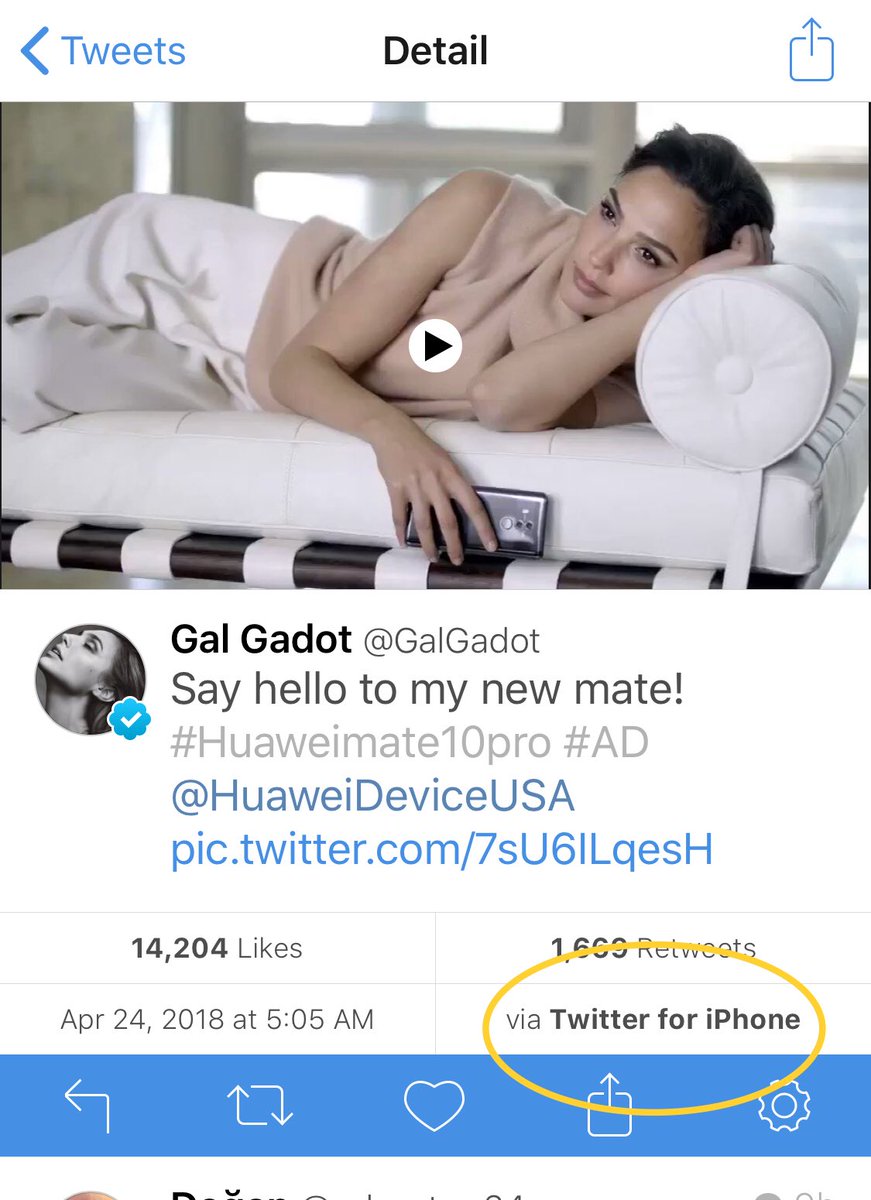 Back in 2018, Wonder Woman actress Gal Gadot made the mistake of tweeting a sponsored Huawei smartphone ad from an iPhone. The post was a hit, but for all the wrong reasons. After tech Youtuber Marques Brownlee pointed out Gadot’s gaffe, the tweet disappeared and was reposted using an Android device. Gadot addressed the blunder, explaining that the tweet was sent by her publicity team. A major component of sponsored ads is the demonstration of the influencer using the product. In the video tweeted by Gadot, she is shown taking photos on her Huawei smartphone as she gushes over the quality of the device. But when Twitter indicated that the video was tweeted via iPhone, Gadot appeared to be inadvertently promoting a competitor.

Many influencers initially gain traction because of their unique personalities or for the aesthetic of their style. They become celebrated for the individual that they prove to be, and, for those reasons, they are adored and trusted. However, once brand partnerships are on the table and in their feeds, how much do brand influencers sacrifice their authenticity?

Fashion Youtuber BestDressed regularly integrates sponsored content into the videos that she creates for her 3.7 million subscribers. In a conversation with fellow Youtuber Damon Dominique, BestDressed recounted that a brand once failed to approve her sponsored video because she used swear words in her endorsement. She noted how she was initially given permission to swear, so after the brand disapproved of the video, she decided to end the sponsorship agreement and forfeit the funding.

If influencers like BestDressed are asked to restrain themselves in order to appease their sponsors, is their content fully, genuinely expressive?

It’s a handful of Catch-22s: each increase in brand sponsorships comes with an increase in influencer expectations. The more natural a sponsored post appears, the less it complies with FTC regulations. If influencers don’t carefully monitor the amount of sponsored content on their feed, they could compromise the precious quality of authenticity, which is what launched them to notoriety in the first place.

The territory of influencer marketing is ever-growing and ever-evolving. It encourages advertisers to evolve with advancements in technology, and provides the opportunity for content creators to turn their online passion project into a financially lucrative career. Through influencer marketing, advertising becomes more tolerable as consumers are introduced through a persona that they already admire.

With ever-evolving creative strategy and tactful restraint, ad agencies, brands, and influencers may keep influencer marketing in its heyday for just a while longer.